This conference is exclusively tailored for hotel owners, operators and general managers.

The program is designed to give an in-depth look on how the latest hospitality technologies such as AI, Internet of Things, HMS, Cloud and other powerful hospitality IT solutions can empower meaningful guests experiences, with seamless hotel operation and revenue maximization. In addition, it will give a holistic picture from tourism facts & outlook in Southeast Asia.

With more than 25 years’ experience in providing hospitality solutions for more than 800 hotels worldwide, TRG International, with its partners Infor and Vina Data, are honored to bring you this event. We have joining us some of the top experts in the World of Hospitality.

Come innovate with our top-notch speakers.

Kevin Wallace has over 30 years of senior leadership experience in the hotel, travel and cruise industries in all major global markets. T&T Hospitality, headquartered in Hanoi, is the hotel management and development division of T&T Group, one of Vietnam’s largest and most diversified groups.

A hospitality management professional with 20 years industry experience encompassing Hotels, Resorts, Restaurants, Retail and Aged Care, Matt has worked with/for operators including Accor, Intrawest, Mirvac and Mulpha. Leaving the world of operations 5 years ago to take on the challenging world of hotel development and project management, Matt is now based in Vietnam as the Regional Director of SE Asia for FF&E and OS&E Procurement Consultancy firm Cairncross Martin. CCM has been operating in this field since 1991, and currently has offices in Sydney, Dubai, Bangkok, Manila and Ho Chi Minh City. CCM has been able to develop a well refined process for both local and offshore FF&E and OS&E procurement for both new builds and refurbishment projects. CCM’s recent work in SE Asia and Vietnam includes the Intercontinental Hanoi Landmark 72, Andaz Singapore, Intercontinental Singapore, the Four Season Bangkok and Capella Bangkok to name a few, with several projects currently underway in Vietnam.

In 1989, he established E Horner & Associates Pty Ltd a Consulting Practice specializing in Technology Consulting to the Hospitality Industry and he is now widely respected as Australia's leading consultant in this area. Over the last 30 years has attended and spoken at Hospitality conferences in Europe, South Africa, Middle East, USA, most countries in SE Asia , India, China and UK. Has done consulting assignments for various hotels in the following countries over the last 29 years in Australia, New Zealand , Singapore , Indonesia , Sri Lanka , USA , Malaysia , Dubai, Papua New Guinea, and Fiji.

In 1996, Ted created Australia’s first dedicated hospitality technology conference called AHT and while this event does not exist now in its place is Teds Conference which was started in 2012 and is a half day seminar featuring global speakers on technology for senior managers and owners/developers to educate them on major trends in technology in our industry. In 2002 he was a founding member of HTNG ( Hotel Technology Next Generation ) a not for profit body which was established in the US to promote open systems integrations between vendors in the industry and today he is an Executive Advisor to HTNG. In 2004 he was the first non US person to be elected to the HITEC Technology Hall of Fame for his contribution to the advancement of technology in the hospitality industry. In 2014 was elected to the International Board of Directors of Hotel Technology Financial Professionals (HFTP ) who run the largest hotel technology exhibition/conference in the world (HITEC ) and he served on this board for 3 years

Ken Atkinson started his career in international banking and after 14 years, which included assignments in Singapore, Hong Kong and Australia he set up his own consultancy business. Ken has a wealth of experience in the hotel and tourism sector having been involved in financing hotels in Asia, advising developers, advising owners on hotel operator selection, working with operators and doing feasibility studies. Ken has over 41 years emerging market experience and 39 years Asian experience and has undertaken corporate finance transactions in many emerging markets worldwide (Eastern Europe, the People’s Republic of China and several other countries in S.E. Asia). Ken has been working almost exclusively in Vietnam and Cambodia during the last 27 years. His work has included financial advisory, transaction support, appraisal of large projects,with a strong emphasis on capacity building projects funded by multi-lateral and bi-lateral donors. He has broad experience in advising clients including commercial banks on project appraisal, debt finance, loan restructuring and equity funding. Ken advised on the first Hotel Joint Venture in the PRC in 1979 and one of the first projects in Vietnam in 1989. Currently he is Executive Chairman of Grant Thornton Vietnam and Managing partner of Grant Thornton Laos.

Founder and CEO at TRG international. Rick has 40-year experience in supermarkets, accounting profession, breweries, newsagents, defence manufacturing, IT, property development and BP (British Petroleum) and working in different countries: the UK, China, Singapore, Switzerland and Vietnam. In 1994 he founded TRG, an IT company providing smart solutions that work for smart businesses. It has taken Rick to 39 countries of the 80 countries TRG’s customers come from. TRG keeps Rick active on the tech start-up scene as an: investor, co-founder, CFO, techie and / or mentor / coach to multiple tech start-ups across Europe and Asia. Rick is a Fellow of the Chartered Institute of Management Accountants (CIMA), a Chartered Global Management Accountant (CGMA), a Fellow of CPA Australia. He is also the Chairman of AMCHAM HCMC ICT Committee. He is also Treasurer and a member of the Board of the British Business Group in Vietnam.

It has been 11 years since Mr Gribble held the position as Vice President and General Manager APAC and ME Information Hospitality. He possesses intensive industry knowledge in the hospitality industry and has been speaker for many world-leading Hospitality events such as AHTEC, WebInTravel, Hospitality Business ME, etc.

Nguyen possessed twenty years of international experience in technology field. He started his career as IT analyst in BlackRock (USA) then took various sales and marketing roles in IBM, Oracle, Red Hat , Microsoft and most recently Amazon Web Services. He has built businesses for these MNCs across Australia, Singapore and Vietnam markets. In his current role, Nguyen starts up and leads sales and marketing organization for VNG in their new venture of cloud services. Nguyen earned Bachelor of Science degree from Drexel University (Philadelphia, PA, USA) with major in Information Systems and minor in Business Administration.

Based in Ho Chi Minh City Vietnam, he has developed trusted client relationships working on a range of retail and hospitality projects. He has extensive experience in client management having completed multiple UNIQLO projects, including a number of flagship stores.

His project role ranges from contract agreements through to coordination of our project design teams and consultants. His skill and knowledge allows him to work within client groups as a proficient manager, ensuring our clients gain the best possible outcomes for their businesses. While at RED he has coordinated projects for international retail brands, casino groups & major property developers 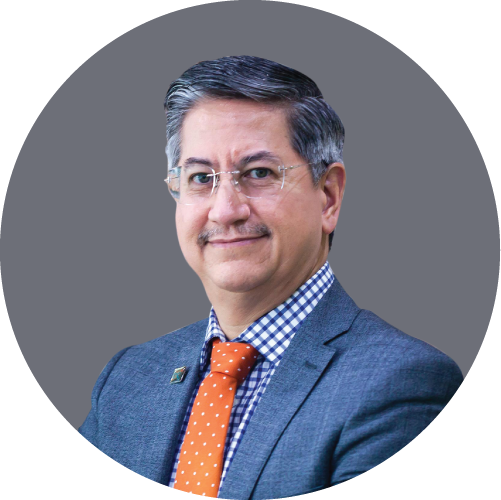 An update on opportunities and challenges

The Future of Hotel Technologies - A review of latest worldwide trend in hotel technologies and data such as voice assistant, robot, AI, Internet of Things, biometric authentification, etc. These technologies allows enormous opportunities for hotels to improve operations, personalize services that meet individual needs of guests.

Topic: Hotel Technology and its Impact on the Hospitality Industry.

An update on opportunities and challenges

The Future of Hotel Technologies - In 2019 there will be enormous opportunity for hotels that leverage new technologies and data such as voice assistant, robot, AI, Internet of Things, biometric authentification. These technologies are great tools to improve operations, personalize services at meeet individual needs of guests.

Topic: Hotel Technology and its Impact on the Hospitality Industry.