As a market-leading global professional services company, TRG International has received numerous awards and recognition, for our services in business and industry and also our contributions to society and the ecosystems where we operate. We thank our stakeholders for being so generous as to acknowledge us.

Having lived in Vietnam for more than 27 years, overcoming language and cultural barriers, our Founder and CEO of TRG, Rick Yvanovich has successfully lead TRG to where it is today.

For his achievements throughout the years, he has been shortlisted for the Top 100 Business Style Awards in 2012 as well as being nominated in the “Entrepreneur Running a Global Company” category.

Besides being awarded for his business achievements, his contributions to the community has also been recognised.

Mr. Yvanovich is a businessman, who not only runs his business but also gives back to the community he operates in. This is achieved by engaging in multiple CSR activities, and also by pursuing the company’s Green objectives through tangible actions.

These actions include; turning lights off when not needed, installing low energy lightning (before LEDs became popular), installing the largest green office tower in the city etc. TRG was the recipient of the first dozen Green Office awards in Vietnam by WWF.

Operating in demanding and dynamic markets, the challenge on delivering the right solution can be pretty tough.

However, with a motivated team, the right skills and an understanding of the customers’ business, TRG is always ready to go the extra mile to deliver the solution that works.
For this, TRG has earned the Leading IT Outsourcing Enterprise Award and the Retail Pro Service Excellence Award. 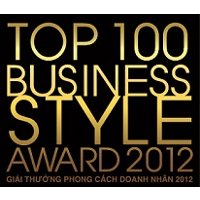 Get alerted on our upcoming TRG talk, events news and updates.